07 Feb Why Jesus? The Answer Is Found In History.

February has officially been celebrated as Black History Month since 1976. However, the roots of the celebration go back to 1915, when Carter G. Woodson recognized the need for a balanced approach to the presentation of United States history. Woodson realized that excluding some events and certain viewpoints of the people who shaped our nation conveyed a distorted perspective of the history of our country. To truly grasp the significance of history, every historical event must be viewed through the social, political, and economic understanding of that era. It is vitally important that the context in which history took place is flushed out in order to have the appropriate perspective.

It is called context.

According to Oxford dictionary, context is “the circumstances that form the setting for an event, statement, or idea, and in terms of which it can be fully understood and assessed.”

History cannot be judged through our post-modern understanding. We must examine it in the context in which it happened and then pull application forward to our current understanding. This is true for any nation’s history. And it is true for the Bible.

The Context of the Bible is Not the 21st Century

We cannot read the Bible as if it was written for a 21st century audience. It wasn’t. It was written to specific people during a specific time period. It will not make sense if we do not seek to understand the context for which it was written. However, it was miraculously preserved for every generation and is still relevant for us today. It is completely sufficient for knowing God and His deep love for mankind, which was demonstrated by sending His Son, Jesus, to die for our sins (John 3:16).

For those who were raised in a Christian culture, this concept is not foreign. However, for a post-modern generation who may have never heard the name of Jesus, the concept of a father sending his son to die on behalf of someone else does not sound like love. In fact, it sounds heinous. Is it enough to tell someone who thinks they are a “good person” and does not understand sin and the need for repentance, to just read one of the gospels to understand this sacrifice? Probably not. They need to know the context leading up to Jesus’ earthly life.

We All Filter the Bible Through Our Reality

Biblical context is not only for the unbelieving. It is also necessary for believers. It is human nature to approach the Bible through the lens of our traditional views. We all filter what we read through our denominational doctrines, our family of origin, our political leanings, our socioeconomic position, and even our gender. I first experienced the significance of our Scripture “lens” when I was having a discussion with a dear friend about the sacrifices of Cain and Abel which led to Cain jealously killing his brother. Cain brought “some” of the fruits of the soil as an offering to the Lord. Abel, however, brought the prized “fat portion from the firstborn” of his flock (Genesis 4:3-4). Because I had already learned about giving God our best and our first, I clearly saw that God was not pleased with “some,” but was very pleased with the “fat portion of the firstborn.” My friend, who struggled with money and adequate employment, saw this passage very differently. She saw a God who favored the rich. Because Abel was responsible for the livestock, he was considered “wealthier” than Cain, who was a produce farmer. This eye-opening conversation broadened my recognition of the significance of our “filters” when approaching the text.

Every person from every generation, from every country is going to have a different understanding of Scripture, UNLESS we all read it in light of the context it was written. The Old Testament provides a wealth of context for Jesus’ ministry. The Jews of His day would have understood the sacrificial system of making atonement. Jesus’ sacrifice made PERFECT sense to believing Jews. However, in our post-modern era, it is not logical. The Old Testament provides the historical context we need as modern readers to appreciate the incredibly patient love of the Father. From the very beginning of creation, He has desired to walk closely with humanity, even though the first man and woman walked away with the initial act of sin. The effect of sin, choosing something other than God, has been inherited by all of humanity. The story of the Old Testament is God pursing His people who respond with rebellion, over and over again, in spite of repeated prophetical warnings. Instead of Almighty God giving up on mankind, with the love of a Father, He sent His Son to lead the way back to Him.

We need Jesus. We have no future and no hope without Him.

The Old Testament provides the historical context that we, as post-modern readers, need in order to understand the significance of the most important events that ever happened in history – the birth, death, and resurrection of Jesus Christ. 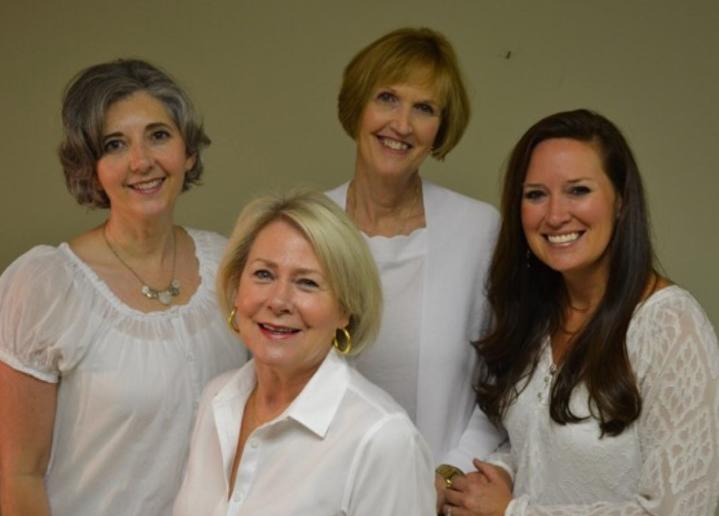 01 Feb Duplicate Yourself and Multiply Your Ministry

She was a prayer warrior. As a Bible study teacher, she prayed for all of her students. She kept her heart open for God to show her who to invest into their lives in order to raise them up to walk in the same spiritual footsteps. Eleanor Lewis, one of our founding teachers, recognized three women in particular who had a love for the Word, an eagerness to learn to more, and a willingness to share what God was doing in their hearts. These three women, Jennifer McClish, Kellye Rickman, and Fay Runnion did not see themselves as Bible study teachers, yet because of the investment Eleanor made in their lives, all of them are now teachers for Big Dream Ministries.

Throughout Paul’s letters in the New Testament, we can see how he understood and taught this principle of duplicating yourself for the sake of the gospel.  Jesus called Paul to take the message into the nations, yet he was only one person. Paul intentionally invested time training and encouraging teachers of God’s Word as a way to multiply his effectiveness. He did this by sharing what he has gone through for the sake of the gospel and how to live in light of eternal salvation by the grace of Christ. Paul goes so far to say, “Be imitators of me, just as I also am of Christ” (1 Corinthians 11:1).

Paul was a teacher of the Scriptures who expected the hearers to grow in their own knowledge of the Word. The author of Hebrews expects knowledge to progress from being a student to becoming a teacher (5:12-14). Yet, the book of James warns that not all should become teachers because of the high standard which must be held (3:1). As a Bible study teacher, God calls you to lead others to a deeper understanding of who He is by teaching His Word. It is an honor and an incredible responsibility!

Whether teaching 1 person or 1000, teachers are accountable for how they handle the Scriptures. We need to keep the Writings within their original context while being able to provide current applications. Additionally, we want to help our students mature from a basic knowledge to a deep love and understanding of the Bible – perhaps so they will also desire to share what they have learned with others. Is there someone in your sphere of influence that you recognize as having the potential to grow into the role of teacher? Think of the impact in their life and your ministry!

At Big Dream Ministries we are dedicated to providing materials and training to equip your Bible study teaching and discipleship of others. Our studies have been used for over 15 years to help teach every book of the Bible and our training conference provides the skills and confidence teachers need to accurately present the Word in any environment the Lord has called them to lead. Consider us your partner in your efforts to educate others in the Word of God.

For information about our studies or the upcoming conference in April 2018, visit us online at www.BigDreamMinistries.org.