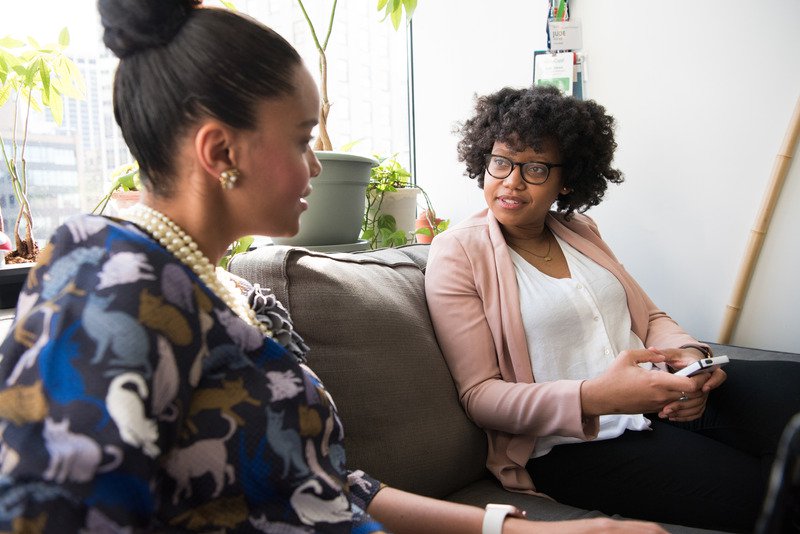 The need for discipleship

Jesus is amazing, but when I moved to the south, He was not on my mind. In fact, I don’t really think Jesus was on my mind even when I was in my childhood church. But that quickly changed when my husband and I transferred to Georgia. We were surrounded by Christians! They were everywhere, or at least it seemed so. As I observed them doing life, they seemed different to me. There was a positive outlook at the way they approached issues; they called it joy. There was an assurance that everything would work out for the best even when they were in crisis; they called it peace. And they talked about Jesus and to Jesus as if He was sitting right there with them. How they lived was attractive to me and I wanted what they had.

One night as I was home alone, I told Jesus that my life was His and it was a sweet time with the Holy Spirit. But then what? The only thing I knew to do was observe the other Christians in my life – and mimic their behavior. I fell right into the trap of legalism. Just tell me the rules and I will do or not do accordingly as a Christian. However, I did not need rules; I needed to be discipled.

Decades later, as I mentor young women who desire to grow spiritually, I recognize that discipling others is to teach them how to walk with the Lord.

But what does discipleship look like if it is not about adjusting behavior?

Jesus modeled how to disciple when He said to Simon Peter and Andrew, “Follow me, and I will make you fishers of men” (Matthew 4:19). He was not inviting them to learn the “Christian rules” but to join Him in what He was doing. He started with the invitation to follow Him with the purpose of being redefined from “fishers of fish,” to “fishers of men.” Did they really understand what that meant? I don’t think so. We don’t read about Jesus implementing a rigorous training program; instead Jesus took them to a wedding where they witnessed His miraculous power of turning water into wine (John 2:1–11). They watched Jesus respond with godly authority when He cleared the Temple of money changers (John 2:13 – 25). And in amazement, the disciples observed Jesus offering hope to an outcast woman in an outcast city with the simple gesture of stopping at a well for a drink of water (John 4:1–26).

As Jesus was expressing His power, His authority, and His hope, he was giving the disciples a sense of belonging. They wanted to be with Him, but more impressively is that Jesus wanted them! These fishermen and tax collectors and other seemingly undesirable members of society were given an elevated status of belonging to this rising leader. As Jesus taught about the kingdom of God, they inferred that Jesus would be the one who would squelch the Roman occupation of Jerusalem; He would be the one to set them free. They did not understand the full picture of what Jesus was teaching until He explained the deeper meaning of the parables – only to His followers and disciples (Mark 4:10–12).

Jesus provided opportunities for His disciples to apply the lessons He had been teaching them. He healed the leper and then sent him to the priest to be declared clean (Matthew 8:1–4). He healed the centurion’s servant from afar with just a word (Matthew 8:5–13). And He healed Peter’s mother–in–law, and then she got up and served Him (Matthew 8:14–15). Think of the faith progression in these healings: the Hebrew disciples were not going to get close to a leper to examine his disease; they would leave that for the priests. They didn’t actually see the centurion’s servant, so they could not verify the healing for themselves. But Peter’s mother-in-law was a different story. She got up without any residual symptoms of the fever, and tended to Jesus’ needs. Even though Peter was an eyewitness to the healing power, he and the other disciples still had to grow in their own belief. When they thought they were perishing on a boat in a storm, Jesus rebuked them for their “little faith” (Matthew 8:23–27).

Fast-forward toward the end of Jesus’ discipleship training; the disciples are once again in a boat with choppy waters and high winds. This time Jesus was not in the boat with them.  Peter’s belief had grown tremendously as he climbed out of the boat to walk on the water towards Christ. While it was a short walk before Peter’s fear took over, it prompted the disciples’ declaration that Jesus was the Son of God (Matthew 14:22–33).

Believing Jesus as the Son of God changes how we respond to the authority of the Bible and the teachings it contains. Jesus gave many sermons on how to live, how to interact with fellow mankind, and how to interact with God. He regularly chastised the Pharisees for their outward appearance of piety; in other words, their behavior was only religion (Matthew 23:27). But He offered grace and forgiveness for the sinner (John 8:1–11).

Believing in Jesus and knowing we belong to Him changes everything about us, including how we respond to people and situations in our lives. It is the difference between the Peter who denied Christ three times (Luke 22:54–62) and the Peter who was arrested for boldly preaching about Jesus (Acts 4:1– 20). Peter started as a Christ-follower and became a Christ-proclaimer; that is discipleship.

As we come alongside of new or emerging believers to disciple them, we are, in essence, teaching them to walk with Jesus. They may want a list of dos and don’ts to know “what would Jesus do,” like I did. Or perhaps the exact opposite is true and their life does not resemble anything godly. Our temptation is to try a “fix” their behaviors first.

Behavior is not the starting point for walking with Christ. Discipleship begins with understanding who Jesus is and who we are in Him. It must start with belonging – knowing they are loved unconditionally and there is nothing that can separate them from His love (Romans 8:35-39). For some, depending on their background, it could take a while for them to have assurance of this fact. However, once the love of Christ penetrates people’s belief systems, it changes them through the power of the Holy Spirit. It is then that the Bible becomes amazing for them and it is then that they want to obey the Word as an overflow of what has been done inside of them. Discipleship that works helps believers feel a sense of belonging, increases their belief, and thus, affects their behavior.

For more information about our engaging Bible Studies and teaching resources, visit us at www.BigDreamMinistries.org or email us at CustomerCare@TheAmazingCollection.com