Available on Amazon and in Spanish.

A faithful man’s love for his adulterous wife, a runaway patiently pursued, sin called out and judgment clearly explained – each book uniquely reveals God’s compelling grace and steadfast love. Centuries of warning preceded the reckoning for God’s wandering children, and we have the same choice today: obedience and blessing or rebellion and separation.

Hosea, Joel, Amos, Obadiah, Jonah and Micah
Welcome to the Minor Prophets whose message was major. The scope of these books is broad indeed! Chronologically, they span more than 4 centuries from approximately 848 to 425 BC. Geographically, they touch Israel, Judah, Syria, Moab, Ammon, Edom, Egypt, Ethiopia, and Assyria.

As you study these books, be prepared for gripping and graphic portrayals of both God and man: Hosea’s picture of God’s love for his adulterous people symbolized by the prophet’s love for his adulterous wife; Jonah’s portrayal of himself as disobedient, runaway prophet pursued by a patient God; Amos’s colorful visions of God’s judgment that would come because of his continued disobedience; Obadiah’s classic portrait of pride; and so much more.

Available on Amazon and in Spanish. 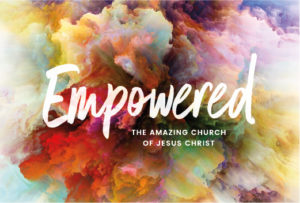 Empowered: The Amazing Church of Jesus Christ is a new 12-week Bible study through the book of Acts. Featuring unique video lessons from the homes of our teaching team of Pat Harley, Jennifer McClish, Kellye Rickman, Robin Rosebrough, Fay Runnion, and Rachel Yastro.